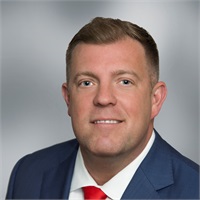 Scott Frayler has been a financial advisor since 2001. After being in the industry for close to 20 years, Scott was looking for a new challenge. He decided it was time to create a firm dedicated to the client experience. The result: Blue Line Wealth Management.

Outside of the office, Scott is very engaged within his community. He has served as Vice Chairman of the Huntington Zoning Board of Appeals and is a current member of both the Cold Spring Hills Civic Association and The Ancient Order of Hibernians. He is a life-long resident of Long Island and graduated from Saint Dominic High School in Oyster Bay, NY. He received his B.S. from the Rensselaer Polytechnic Institute Lally School of Management. He now resides with his family in Cold Spring Hills, NY.